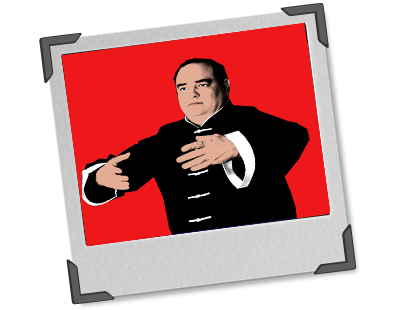 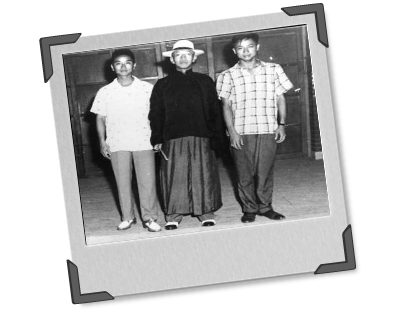 Legend has it he lived 200 years and was an expert in other styles of martial arts like Shaolin and Weapons.

A legendary figure in the history of Tai Chi Chuan, Wang was a famous student of the legendary Zhang Sanfeng.  Wang is said to have resided in Tai-Gu County, Shan Xi Province, learning an early form of Tai Chi Chuan. Two of Wang's disciples were Chen Zouting and Jiang Fa.  Wang is reputed to have authored The Tai Chi Treatise, alleged by the Wu brothers. This treatise records many Tai Chi, among them: "four ounces deflect one thousand pounds" and "a feather cannot be added; nor can a fly alight."

Chen Changxing was said to have been the direct teacher of Yang Lu Chan.

Yang Style Creator and Guang Ping Yang 1st Generation Tai Chi Chuan.   One day Yang reportedly witnessed a owner of the local pharmacy utilizing a style of martial art that he had never before.  This person easily subdued a group of would-be thieves.  Because of this, Yang requested to study with the pharmacy's owner, Chen De Hu and was turned down.  Chen referred Yang to the Chen Village to seek out his own teacher—the 14th generation of the Chen Family.  After mastering the martial art, Yang Luchan was subsequently given permission by his teacher to go to Beijing and teach his own students.

At the age of 12, Kuo started training in Northern Style Shaolin Kung-Fu studying with Master Li Lin in Chang Chuan (Long Fist).  His pushing hands training partner in Taiwan was Tchoung Ta-tchen.  At 23, Kuo became one of only four inner-door disciples of Wang Jiao Yu, himself one of only two inner-door students of Yang Panhou.  After completing "Chin to Toe" in 100 days, Kuo was taught the Guang Ping Tai Chi Wang Jiao Yu.  Kuo, at age 28, studied Hsing Yi Chuan with Master Huang Gin Yin, a highly skilled student of Guo Yunshen, himself the teacher of Wang Xiangzhai, who was reputed to be the best Hsing YI Chuan fighter of his time.  Kuo also studied Baguazhang with Chang Hsin Zhai and Chung Ting Hua.

The Tai Chi Chuan lineage of the Peter Kwok system is excellent.  Pat & Mark were told by Peter, Kuo Lien Ying was his "favorite" Tai Chi teacher, impling he may have had more than one.  Peter Kwok started his training at the age of 7 years old.  His father was a Shaolin Master and his first teacher.  Peter had many teachers throughout his life.  Peter did study with other great Masters such as Wang Zi Ping, a famous Shaolin, Cha Chuan, Tan Toi, and Ba Gua expert and Han Ching Tung.

Currently, he resides in Rural North Carolina with his wife, 4 children and 9 grandchildren.

His background in the martial arts before beginning training in Kung Fu was a few months of Judo in the U.S. Navy and then two semesters of Karate through Brookdale Community College.

He studied Kung Fu as a private student with the Peter Kwok Kung Fu Academy from 1978 to 1984.